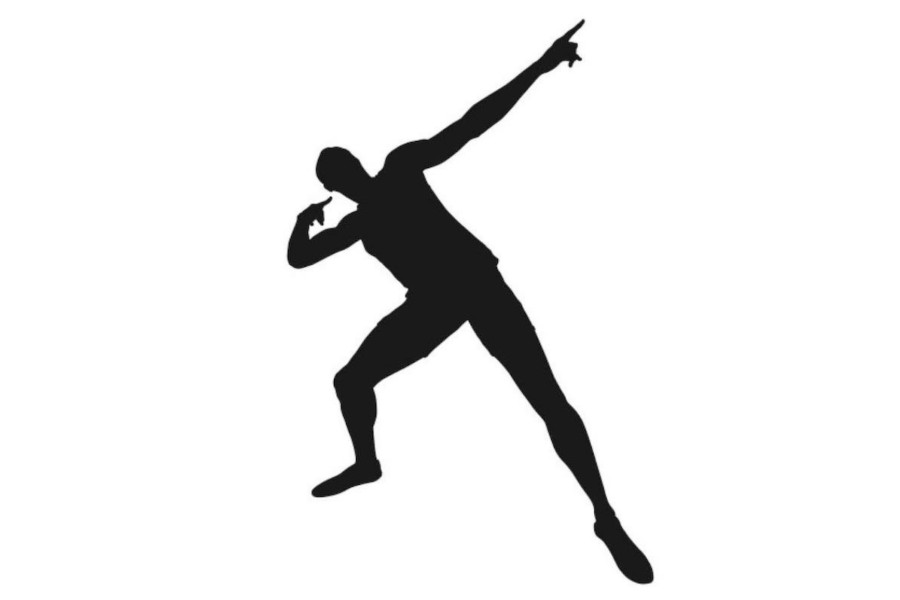 Athletics icon Usain Bolt has filed an application to register a logo showing his typical pose taken to celebrate his victories. The Jamaican sprinter – who has earned eight gold medals at the Olympic Games, eleven at the world championships, three world records in the 100 meters and two in the 200 – filed a trademark application to the USPTO on last August 17.

Bolt is known around the world for this pose – in which he leans back and gestures to the sky – taken after winning gold medals and setting records. The athlete still holds world records in the 100 and 200 meters, making him the fastest man in history.

The story of the famous gesture was told by Bolt himself: «my exultation is a Jamaican dance step that I have customized. It means “to the world”, from Jamaica to the whole world». A gesture that came by chance and became an icon, but which disappeared from the athletics tracks in 2017, the year of his retirement.

The trademark application describes the sign as a “silhouette of a man in a distinctive pose, with one arm bent and pointing to the head, and the other arm raised and pointing upward”.

According to the filing documents, Bolt intends to use the trademark to distinguish several products, including clothing, jewelry and shoes, as well as restaurants and sports bars. This would allow him to expand their empire by marketing such items directly or indirectly through third parties, licensing them the right to use the brand.

The decision is in line with what Bolt himself said when asked if he would consider a return to racing: «I’ve seen too many people retire and come back just to make it worse or to shame themselves. I won’t be one of those people».

In the history of sport there is a famous precedent: Michael Jordan and the “Jumpman” logo, the silhouette of a man who jumps with his legs apart and crushes the basketball to the basket. The only difference is that in Bolt’s case the brand will be owned by him, while Jumpman is owned by Nike and has been used to promote the sports footwear of the “Jordan” line.